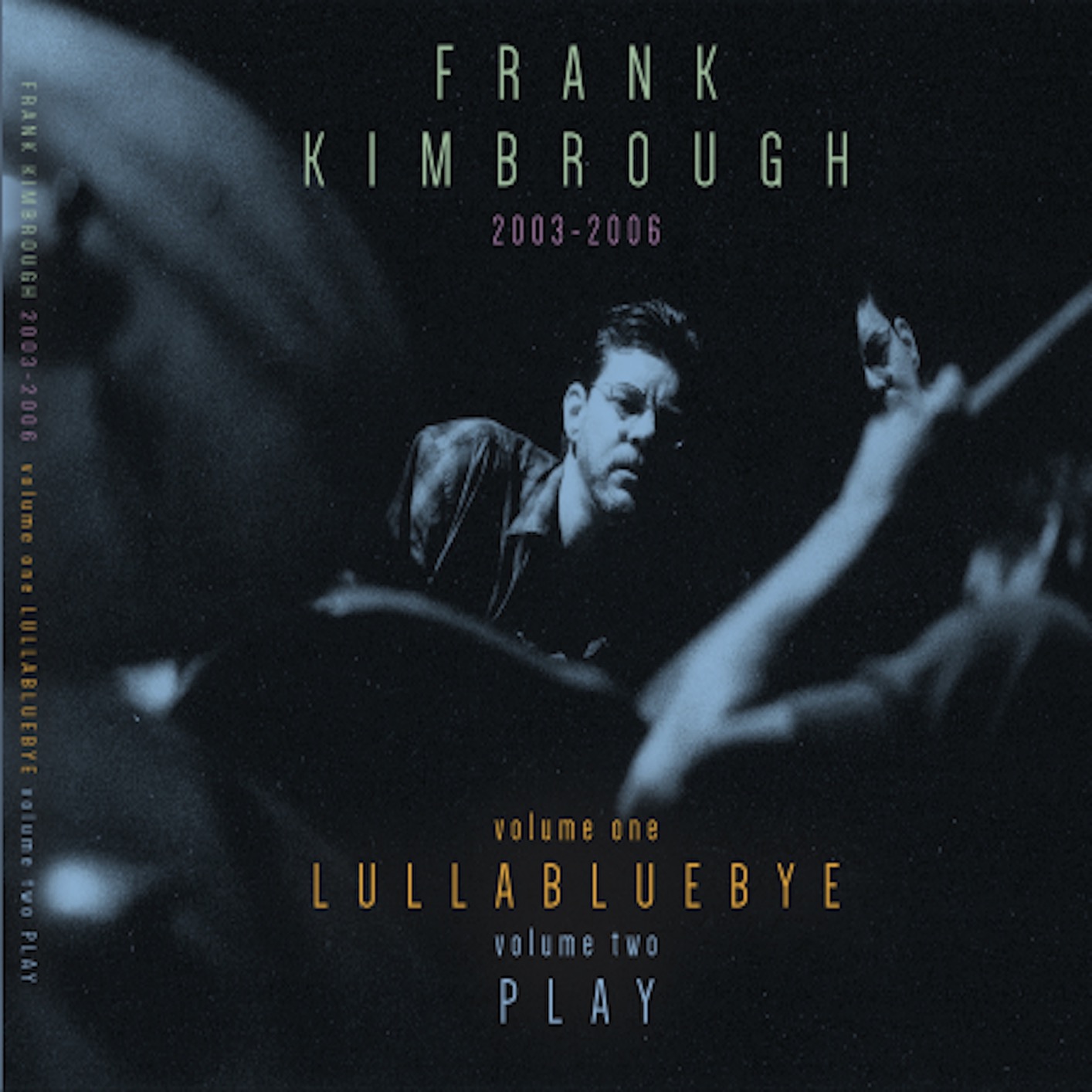 A revealing remix of the jazz pianist-composer's pivotal albums

Frank Kimbrough, who died in December 2020 at the age of 64, was one of the great undersung jazz pianists of our time and an only-belatedly-appreciated composer of much talent as well. (Soon after his death, Newvelle Records assembled 67 musicians, in various ensembles, to play 58 of his pieces, many of which had the ring of standards. The resulting download-only album, "Kimbrough," was one of the best jazz albums of 2021.)

Now Palmetto Records, his main label for his last 20 years, has reissued its first two albums featuring Kimbrough as a leader, Lullabluebye and Play, under the title 2003-2006 (the years when they were recorded). The set is available as two CDs or four LPs—the first time either album has been on vinyl. More than that, both have been remastered and sound much better than the originals.

2003-2006 covers a pivot point in Kimbrough’s career, when he was molding a distinct identity as a composer and bandleader. For much of the previous decade, he was a member of the Jazz Composers Collective, whose musicians (the others being bassist Ben Allison, reedmen Ted Nash and Michael Blake, trumpeter Ron Horton, and drummer Matt Wilson) formed five very different bands, depending on who was leader. One spin-off was the Herbie Nichols Project, in which Kimbrough and Allison discovered and rearranged dozens of pieces by the nearly forgotten pianist—a contemporary of Monk, of similar style—whose reputation has since blossomed. (The Project’s two albums, Love Is Proximity and Strange City, are standouts.)

During this formative period, Kimbrough joined the Maria Schneider Jazz Orchestra and remained her pianist for 28 years, from the band’s start in 1992 until his death. The experience tapped into his deeper musical roots. He had studied with Shirley Horn, the singer-pianist of golden-glow ballads, and he’d long felt an affinity for Paul Bley’s improvisational style—wistful, romantic, but hard-edged and methodical. These influences fit well with Schneider, who grew out of the Gil Evans-Bob Brookmeyer school of big bands, stressing lush melodies and stacked harmonies more than propulsive beats (though she would bring those in later, along with a Latin lilt and Americana majesty).

By the time he signed with Palmetto in 2003, Kimbrough had mastered all these influences and fused them into a distinctive signature. He had before then recorded a few albums on his own, apart from the Collective and Schneider, but they were scattered affairs or emphasized covers or, as in Noumena (a 1997 album on Soul Note), they featured a horn player (Scott Robinson, his Schneider bandmate) blowing the melodies. Now he was ready to play his own pieces and put himself up front.

From that point on, most of his albums as a leader were piano-bass-drums trio sessions. A trio was as large a format as he needed; his sense of harmony was so inventive and sophisticated, he knew how to coax orchestral colors from two handfuls of piano keys. (A Kimbrough solo, backed by the full Schneider big band, could set off ecstatic gasps.)

Lullabluebly, “Volume One” of 2003-2006, recorded in April 2003, features Allison and Wilson, his JCC friends, on bass and drums. Play, “Volume Two,” laid down two years later, substitutes Masa Kamaguchi, a little-known bassist that Kimbrough had only recently met, and Paul Motian, the preeminent post-bop drummer, whom he’d long lionized. He had never before played with Motian. They didn’t rehearse (Motian didn’t, as a rule); at the start of the session, Kimbrough played through his melodies once. That was enough. In general, Motian (who died in 2011) could do anything, play with anybody; but he’d played many times with Paul Bley (as well as Bill Evans, Keith Jarrett, and dozens of others), and Play was, and remains, Kimbrough’s most Bley-like album—it’s probably why he wanted Motian for the session—so Motian knew exactly what to do. (Motian composed two of the album’s 10 pieces; Kimbrough wrote the others.) It sounds like they’d been playing together for years. Kamaguchi (who was thoroughly rehearsed) plucks anchors, blue notes, counterparts, pivots, or sometimes just mood-noodlings with the energy of a Gary Peacock or Charlie Haden but with his own touch.

By “Bley-like,” I mean the music is airy but crisp; the melody floats over the meter, though both are loose, yet they’re also somehow centered; you can tap your foot and sway your head to this music, even if you’re not quite sure where the center is or what makes your body move to it. Motian has something to do with this. I saw him live several times when he seemed to be playing something wildly distant from what his bandmates were playing, but listen closely, and you realized he was actually guiding the whole contraption. That doesn’t quite happen here; this is Kimbrough’s machine, but Motian highlights the signposts. It’s a gorgeous album: dreamy, but too muscular to be tagged New Age.

Lullabyeblue is a more leisurely album; Kimbrough hadn’t fully tapped into his inner Bley, and his trio-mates are old friends, which allows a freedom to the proceedings—they each know the other’s moves—but not the same adventure or risk. Still, this too is a frisky delight, a medley of gentle blues, breezy rambles, and chromatic escapades, all with mysterious feints and turnarounds. Kimbrough wrote eight of the pieces, Allison wrote one (a sparkler called “Ben’s Tune”), though the high point may be a cover of John Barry’s theme song for the James Bond film You Only Live Twice, which Kimbrough rearranges as a shady bossa nova number. Allison and Wilson were, and still are, among the most agile on their instruments, and playfully witty too.

Palmetto’s proprietor, Matt Balitsaris, recorded both albums at his Maggie’s Farm studio in Pennsylvania. The original CDs sounded very good, but the bass and drums were buried in the mix. It’s this imbalance that Balitsaris tries to remedy in the remix, and for the most part he succeeds. The drums are still a bit more veiled than I would like—Motian’s hi-hat in particular could use more sizzle—but the improvement is dramatic. The bass is pluckier as well. Meanwhile, the piano still sounds exquisite, the tonal colors and percussiveness intact, the overtones more in bloom. The band sounds more like a cohesive trio, sharing the same space (as indeed they did), not a pianist backed by distant accompanists.

The new CDs sound fine, the LPs much better. Balitsaris did us the favor of stretching each album across two LPs—that’s four slabs in vinyl in all—with just 15 minutes of music on each side, eliminating inner-groove distortion (which would have been considerable, had he pinched pennies).

I wonder if he intends to keep going with Kimbrough reissues. His later albums don’t have the same balance problems to rectify, but I’d be keen to hear Air and Quartet—his only solo and quartet albums, respectively, and, in many ways, his best—on vinyl. Think about it, Matt.