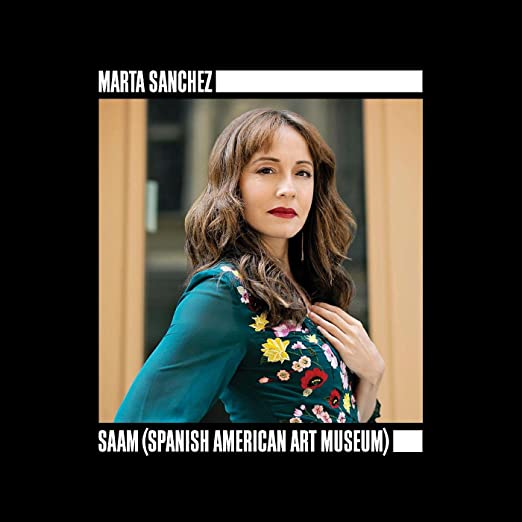 The pianist-composer Marta Sanchez has lived and actively worked in New York since moving here from Madrid in 2011; but, despite four albums as a leader and wide respect from fellow artists, she’s not nearly as well-known as she should be.

Her latest album, SAAM (Spanish American Art Museum), on Whirlwind Recordings, available as a CD and as three sides of vinyl (2 LPs, one of them blank on one side), is a stellar display of her talents. She leads a standard jazz quintet—piano, two saxophones, bass, and drums—but while the horns in most such groups harmonize each other, the horns here (Alex LoRe on alto, Roman Filiu on tenor) trace different lines, some in counterpoint, others crisscrossing more moodily, while the bass (Rashaan Carter) and drums (Allan Mednard) plow swirling rhythms, and Sanchez lays down her own patterns (melodies, alternate chords, punctuation marks).

The resulting sound is big, rich, and dense. It sounds like more than five musicians are playing (and let me say here I’d be keen to hear what Sanchez can do with an octet or big band). The remarkable thing is, the contraption works seamlessly on all of the album’s nine tracks, all composed by Sanchez.

She was classically trained at Madrid’s Real Conservatorio Superior de Musica, and you can hear the touches of Debussy and Ravel—the way she floats a melodic line over a meter and how she transforms the interplay of a few notes into fully woven colors and textures. But she also studied with Guillermo Klein (when he lived in Barcelona, she would travel there from Madrid to take lessons); she’s learned much from Cuban musicians (including her tenor player, Filiu), and she is clearly at least acquainted with the likes of Ellington, Bookmeyer, and Gil Evans. So don’t think this is “chamber jazz;” some of it is, to some extent, but the blues and swing are ever-present. Above all, there is nothing derivative about her music. She blends her influences into a distinctive, original sound.

SAAM was recorded on 96/24 ProTools at Sear Sound, home of fine gear and sensibilities, by its chief engineer, Chris Allen, who added no compression or EQ to the well-crafted balance, and—as is the case with many of its albums—it sounds wonderful. The instruments come off like the real things; the dynamic contrasts are fine, the detail meticulous but natural; and you can follow all the complex lines with no effort. (Add exclamation points for sonic appraisals of the vinyl pressing.) On one piece, “Marivi,” a mournful tribute to Sanchez’s late mother, trumpeter Ambrose Akinmusire and singer Camila Meza join the group. Allen says they never came to the studio, so this must be an overdub from elsewhere. Still, the mix, by Dave Darlington at Bass Hit Studio (who also did the mastering), is completely natural. The one caveat on sonics is the drumkit, some pieces of which sound a bit papery. (Allen sent me a list of mics used on the various channels, most of them properly vintage and few in number, but it lists 11 around the drums—too many?)

Otherwise, this is a wonderful album in every way. It was released almost a year ago, in late February 2022, but I caught up with it only near the end of the year. I listed it as #9 on my Best Jazz Albums piece for Slate (and for Tracking Angle), but now that I’ve heard the album several times, I would rank it quite a bit higher.